How Much Retirement Income is Enough? 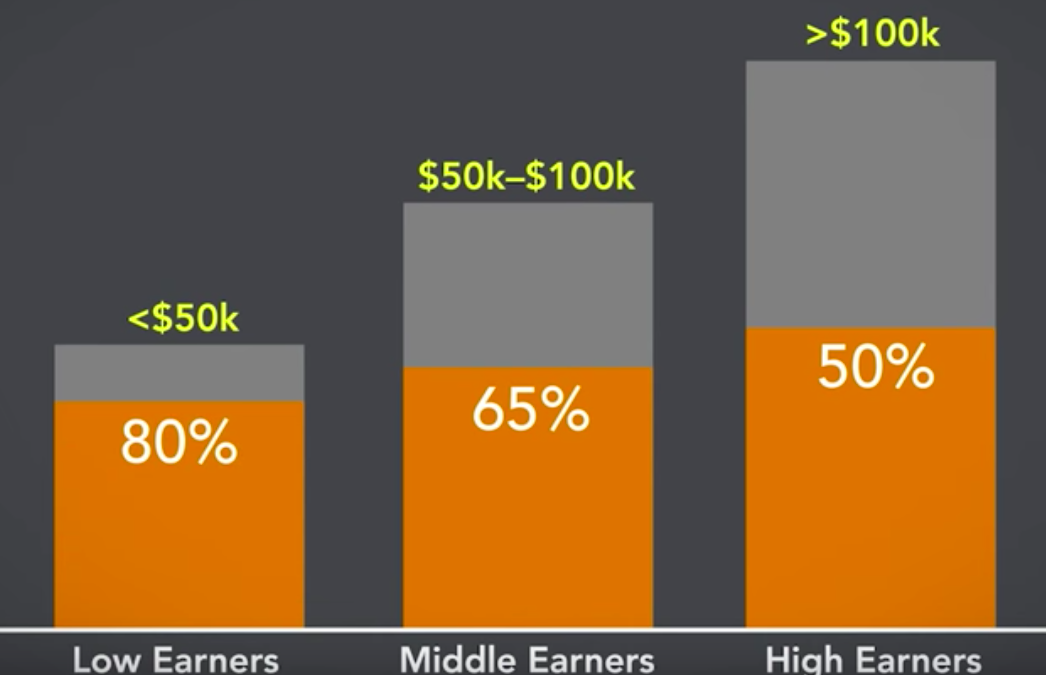 How much retirement income is enough is a really important question facing anyone trying to plan for retirement.  And that answer is: it depends. It depends on what kind of lifestyle you want. For many, the answer is: let’s just keep the same lifestyle we had right before retirement.

We started our research by defining what’s a “replacement rate” and that’s just what percentage of your pre-retirement income you’ll need in order to keep the kind of life you have now.

Let’s give an example. Before he retires, Mark earns $75,000 per year. And out of that gross income, he saves for retirement, pays his taxes and spends the rest on mortgage, supporting his family, and other necessities.

But, when Mark retires, he no longer needs to save for retirement. His tax rate might be lower. His overall spending decreases, too, because he may have paid off his mortgage and the kids may have moved out. He has more time to shop around for a good deal and perhaps cook at home.

Mark might only need 65% of his pre-retirement gross income. This decrease in spending is well documented in many studies over the last forty years. So, when we dug into the data, what we found was the spending the clients depend on your income so the steepest declines happen for households with higher income and that directly impacts their replacement rate.

Let’s look at another example.

Melissa earns $100,000 per year before retirement. She saves at a higher rate. Pays more taxes in addition to having more disposable income. So when Melissa retires, besides spending less, the decreases in taxes and savings really add up.

She may need only about 50% of her pre-retirement income to maintain her lifestyle. In our analysis, we considered people like Melissa who earned more than $100,000 to be high earners. Mark falls in the middle earner category with incomes between $50,000 and $100,000 dollars.

Replacement Rate for Each Income Group

For the low earners, they might need something like 80% replacement rate and that’s because both before and after retirement, they’re spending more of that income on necessities. So once you figure out what replacement rate you need, you need to think about how to fund it.

So why is it important for households to think about what replacement rate they’ll need? While having a goal for retirement is the first step to deciding how much they’ll need to save in order to have a successful retirement and this is an individual decision. There’s not going to be a one-size-fits-all rule that’s going to apply to all households. This is a framework to help guide people through making those decisions.

Have questions about replacement rates?

Contact us if you have questions about retirement and replacement rates.